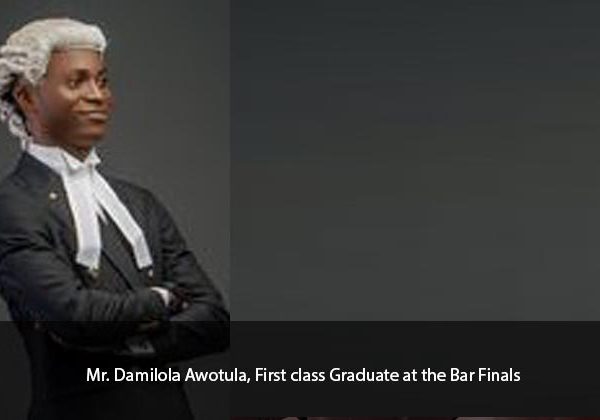 The news of Olabisi Onabanjo University(OOU) law graduates distinguishing themselves among their counterparts in Nigerian Law School year-in year-out is phenomenal as it has become a recurring decimal that leaves nothing to be desired.

Though, the laudable feat had been attributed to the enviable quality of sound educational experience and training received by the students at both undergraduate and graduate levels. The excellence in teaching, research, and creativity that characterise the activities of every player in the institution,  have no doubt placed them on higher steads than their counterparts from other Universities. These attributes have been found to be grossly responsible for these  periodic achievements

Without mincing words, the vision of being a “Centre of Excellence” where knowledge, skills, and values are relentlessly pursued to ensure the production of useful graduates is incontrovertibly being achieved.

This is because the achievements recorded by OOU alumni in every field of human endeavours world-over, are quite impressive.
Specifically, the array of academic laurels recently won by Mr. Damilola Awotula, a 2019/2020 graduate of Faculty of Law, Olabisi Onabanjo University who emerged with a first Class grade during the just concluded Bar Finals at the Nigerian Law School is very instructive. Mr. Awotula did not only win the Director General’s Prize for attaining First Class grade, he was equally awarded the Best Student Prize in Property Law and Practice, while Miss. Gbemisola Mistura Osunbambo, another OOU ex-student won the Second Best Student Prize in Property Law at the same Call to Bar event recently held this year in Abuja. 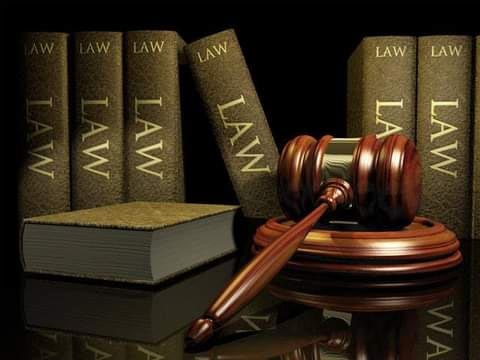 Meanwhile, as it is often emphasised by the University Vice-Chancellor, Prof. Ganiyu Olatunji Olatunde at different fora, the ascension of this category of graduates to the peak of their career like Judges and Senior Advocates of Nigeria (SAN) would never be in doubt as they have also been “well equipped to succeed in life and excel in their various professional calls.” According to him, this will enable them to meet the demands and challenges of the 21st century, as prosperous graduates”.

Historically, in its motto of flowering human abilities and service to fatherland, Olabisi Onabanjo University since its inception in 1982 has distinguished itself in producing the best hands in Law, Medicine, Agriculture, Science and Humanities who have excelled globally and thus continue to gain much prominence through these alumni. Consequently, the recurring news of excellent performance by law graduates of the University in their various callings is no exception.

In the words of the Deputy Vice-Chancellor, Administration, Prof. Charles Olufemi Adekoya, who incidentally is a Professor of Law and the immediate past Dean of the Faculty, “the unending success story in the Faculty just like other faculties in the University could be attributed to the dedication and good leadership style of successive University management at ensuring that best combination of intellectual and material resources are acquired for better performances”. These, he said translated to recruiting quality lecturers to handle the well-behaved students who ab-initio were admitted strictly based on merit.

Feeling nostalgic as an alumnus of the Faculty, Prof. Adekoya emphasised that he was most qualified in giving an objective assessment of the quality of training the University law graduates were being exposed to. These, he said had assisted him in no small measure during the course of his postgraduate studies in other universities within and outside the country.
Speaking in the same vein, the Acting Dean of the Faculty, Dr. Gbade Akinrinmade stressed that discipline and moral values amongst staff and students have gone a long way to influence the quality of the products being churned out in the faculty and the University by extension. He disclosed that since inception, the Faculty staff who he described as very versatile in their various fields of law were the underlying factor behind the feat.

According to him, “the Faculty is blessed with talented lecturers who are well versatile in their respective areas of specialisation. Invariably, when you are blessed with such quality staff, to impart knowledge would not be difficult, he noted.

Speaking further, Dr. Akinrinmade who also noted with appreciation the unflinching support of the University Management under the leadership of Prof. Ganiyu Olatunji Olatunde in providing an enabling environment for effective  teaching and learning process in the faculty expressed delight in the behaviour and quality of successive law students in OOU.
According to him, “aside from the fact that students on their own have been  brought up well from their home, we have also been fortunate to be operating under a Management that has assisted and also ensuring that we have adequate facilities to prepare these students for the Law school”.

Suffice to note that blazing the trail in legal profession by graduates of Olabisi Onabanjo University is not limited to the Bar Finals at various Law Schools within and outside Nigeria. Many law graduates have equally excelled in their various callings within and outside the legal profession.
With the stunning records of serial award winning by law graduates of this citadel of learning, one could therefore, infer that truly at Olabisi Onabanjo University, men of character and knowledge are being produced to blaze the trail in their various fields of endeavor.